Collaboration is Curaçao’s Achilles’ heel. Politics often sets the best example, or rather: the worst. The pandemic has explicitly exposed the vulnerability of the island. Everyone knows, everyone feels it, but that vulnerability does not yet lead to more cooperation, to getting all noses pointing to the same direction, to better synergy. 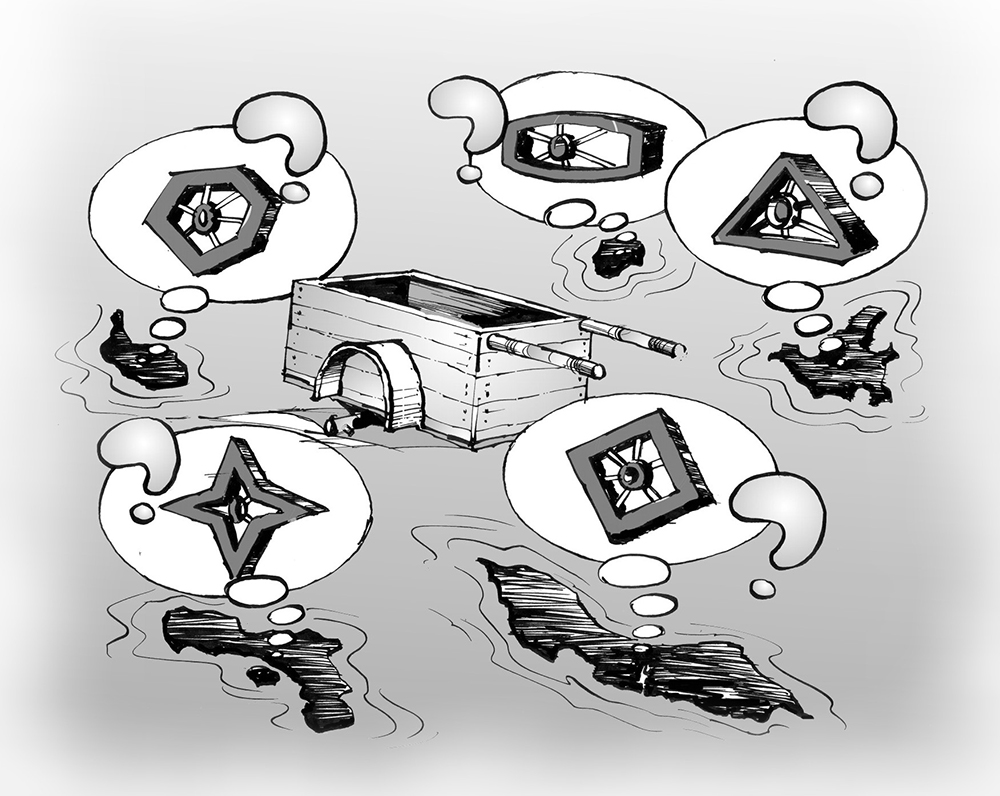 There is also a lack of synergy at micro level. At the start of my journalist career in Curaçao, I was allowed to go to prison once with a delegation from the Senate and the House of Representatives. The infamous Bon Futuro prison is normally a hard-to-reach place to come, unless you break the law. Apart from some traffic offenses, I do not belong to that group. But luckily I am a journalist and then there are also opportunities. I wasn’t really that interested in the Dutch politicians, but I was interested in some shots of prisoners and of the detention centers. Only: that was explicitly forbidden to us: only politicians in the camera!

That day I experienced for the first time what the Curaçao scratching mentality entails. When the attention of the prison guards weakened for a moment, I took pictures of what was not allowed. For a minute, if I remember well, I stood behind a pillar taking pictures unhindered. Until someone called out loudly to the guards: There! That man: he takes pictures!!. The words came from a fellow journalist, who did not wish me luck and alerted the guards.

It would be the beginning of what I later learned as scratching mentality. In short: not working on your own growth, but on undermining someone else’s growth. All things considered, the scratching mentality is the reverse of synergy. That afternoon I learned a characteristic of Curaçao society, which I now see as the biggest stumbling block for the development of the island.

The interaction or collaboration that creates a whole that is greater than the sum of its parts has always been my own modus operandi. Not only in journalism, but also in my private life. Sharing is the greatest force behind growth. Knowledge, power, love, money, friendship: who shares, grows!

The greatest evidence of growth through sharing can be seen in the approach of a new generation of news websites, after versgeperst.nl and aworaki.com. Both are now defunct as they could not survive commercially. I had been messing around on the internet for a number of years myself by spreading my own stories in words and images. I didn’t really get much of it. Until a just starting web company on Bonaire used a photo of me without permission. That happened more often at the time – and still does today. The newspaper Ultimo Notisia even insisted on this for so long that I was forced to initiate legal proceedings. But a small one-man company from Bonaire responded to my kind request with the question: could we not work together? And so it happened. Now, four years later, we have a flourishing company that manages the websites Aruba.nu, Curaçao.nu, Bonaire.nu and koninkrijk.nu. A company that can support itself and employs seven people. Synergy!

So it is possible through synergy! Even the biggest troublemaker in Curaçao politics, the late Helmin Wiels, understood that only synergy points the way to the future. After winning the elections of October 19, 2012, he knew that only with an apolitical business cabinet he could keep Gerrit Schotte out and create peace after the turbulent years of a corrupt start.

Corona is the second real crisis in the still young existing new country of Curaçao. An unprecedented crisis that requires an even greater objectivity to survive than in 2012. But the only realistic way to salvation, the way through the Kingdom, is cut off by a total lack of synergy, based on old colonial perceptions.

In Curaçao, during the march elections of 2021, two parties receive 40 percent of the votes, but after distribution of the remaining seats they own 62 percent of all the seats and decide to govern. Motto: Ta Pueblo su Bùrt! It’s the turn of the people!

Well said, but a bit exaggerated when you consider that the two government parties managed to get only 40 percent of the vote on their own, with the support of the pueblo. The population of Curaçao are so divided during the elections that nine of the 21 seats cannot be allocated directly to a party in parlerment. Via the residual seat system of the largest average, PNP manages to obtain two extra seats and MFK four!

Given this situation, MFK and PNP have been given six seats by people who did not vote for the coalition parties. Knowing that, it would have been obvious to tackle the corona crisis together, with the support of as many other parties as possible.

But, none of this happens. The regeerakkoord mentions the need to tackle the crisis, but doesn’t mentioned the only logical way out: the Kingdom. No, instead: the ministries must first be divided so that each one can rule his own kingdom. Unity of policy? The realization that interaction or cooperation creates a whole that is greater than the sum of its parts is not present in most parties and in Curaçao politics. The word Pueblo apparently only refers to their own supporters: now it’s our turn!

Without synergy of your own, synergy with the Kingdom becomes quite a challenge. The coalition agreement doesn’t mentions the synergy that is needed to defeat the corona crisis together with the Kingdom.

And that’s scary when you know it’s really their turn.