Brothers William and Javier Erasmus are co-owners of Muscles and Lungs, a facility on Aruba that offers the high-intensity and popular CrossFit. Growing up, they were very active in sports but William always felt that Aruba was missing a place to further develop as athletes. The lack of such a training facility planted the idea to open a gym where everyone from the average Joe to athletes from different sporting backgrounds could push themselves to reach the next level with proper guidance. 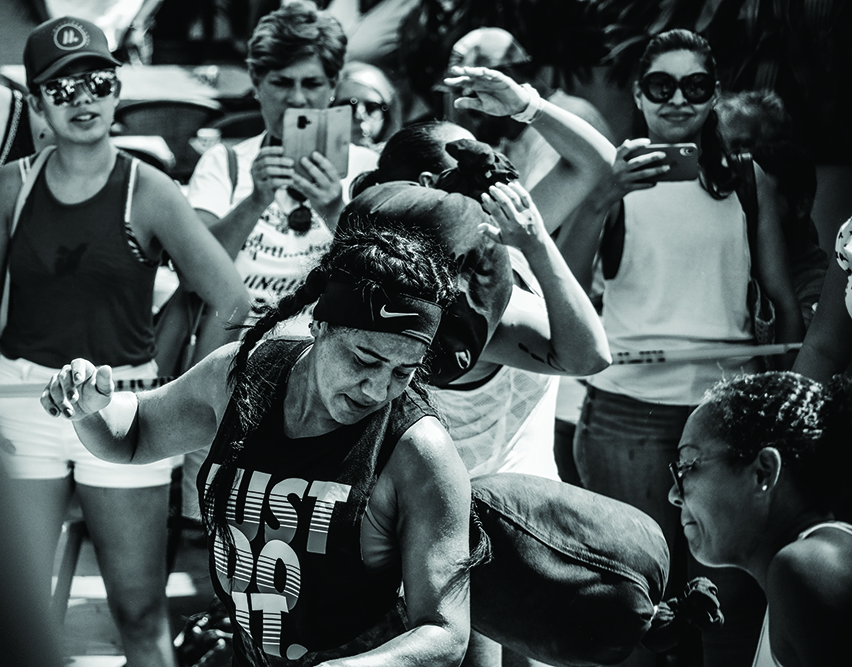 During William’s time in The Netherlands as a student of Sport and Tourism Management, he learned more about the sporting world and encountered his first Box (the proper term for a CrossFit gym). He was mesmerized by the close-knit culture and results gained through the work outs and immediately knew that this was what he wanted his training facility to be like back on Aruba. Javier was on board immediately. With them being on the same page and wanting to achieve the same goals, a business partnership was formed.

The Beginnings
William came back to Aruba in 2010 where, following a conversation with his brother, they decided to invest in themselves to be able to further invest in the business later and became certified CrossFit trainers. After 6 months of training they completed the certification program in the States, where the whole movement began. Simultaneously, William and Javier were still training in a regular gym where they were approached by clients who were curious about this new training style. They became personal trainers and provided classes on location upon request, at the gym they trained at, and outside on Saturday mornings due to increase in demand. In 2011 Muscles & Lungs CrossFit saw the light of day with 50-60 clients upon opening and has only sky rocketed since. One of the most challenging aspects at first, William says, was finding the right location and set-up that embodied the vibe and energy they were looking for. “You want it to be the type of place that you yourself want to train in. It had to be just right, feel like home and familiar”. After a long search, that is exactly what was found at J.E. Irausquin Blvd.

The People
Initially they struggled with finding the right coaches and trainers to embody the brothers’ vision and brought in coaches from abroad. They soon realized that the best way to ensure the highest quality and expertise of the coaches was to take a closer look at what was around them in the first place. Currently, all coaches at Muscles & Lungs are home-grown and recruited from the Box itself. They all train at the facility and understand and live William’s and Javier’s vision, and were enthusiastic on joining the family in passing on their knowledge to help others. With a fast growing business the brothers had to shift their focus towards the business aspect of the Box. This resulted in Javier becoming the Director of Muscles & Lungs and William carrying the responsibility for business development and acting as his brother’s main advisor. With 4 full- and 5 part-time trainers, there is always a coach available for clients to safely keep pushing the physical boundaries and advancing their personal goals. The one who keeps it all running and who, according to William, should be employee of the year is Fanny Ruiz, William and Javier’s mother. “She’s the heart and soul of the place. She’s there day in day out.” William sees his brother as the “best partner in business” and is grateful beyond words, “I can’t say enough about him”, and his stepfather assists in any way he can. It is a true (extended) family company with William and Javier’s as the patriarchs.

Giving Back
The brothers hold corporate social responsibility in high regard and are all about giving back to the community. They work with different children’s foundations where they give kids the opportunity to train at the facility coupled with their school performance. They’ve also created a kids teen challenge in collaboration with IBISA, where William is the head of sport development. Additionally, the entrepreneurs have created a functional fitness competition for school children where they complete team-challenges and help develop athletes for CrossFit. The children and their P.E. teachers have access to the gym during this time to learn more about the sport in a correct and safe manner. The partnership has run for two years so far and next year’s challenge is already planned. It’s open to all primary and secondary schools and already grew to 10 teams in the second year.
Currently, the teams are divided into age categories only but as the challenge grows, more categories will be added. The brothers also run the Stichting Crossfitness Aruba and are the creators of September’s FitVille Championship: a 3-day competition where international athletes compete in various team challenges.
They started working together with the local recycling company Plastic Beach Party to recycle their plastic waste and are preparing to become a paperless business and further reduce their carbon footprint. It’s important to the owners that the people making use of the facilities are heard, “one of the things that sets us apart from others, besides the attention we give to all of our clients whether they are a professional athlete or an average joe, is that we really do our best to make our clients feel at home and appreciated” William explains.

The Future
With Qredits’ help, Muscles & Lungs has been able to open their second location in the Palm Beach area for their ever-growing family. William praises Qredits’ professionalism, efficiency, and collaborative manner of working. It made the whole process move along smoothly in such a way that he and his brother could continue doing what they do best: coaching their clients to become the best versions of themselves in a facility founded on short and firm steps, family, and strong leadership.