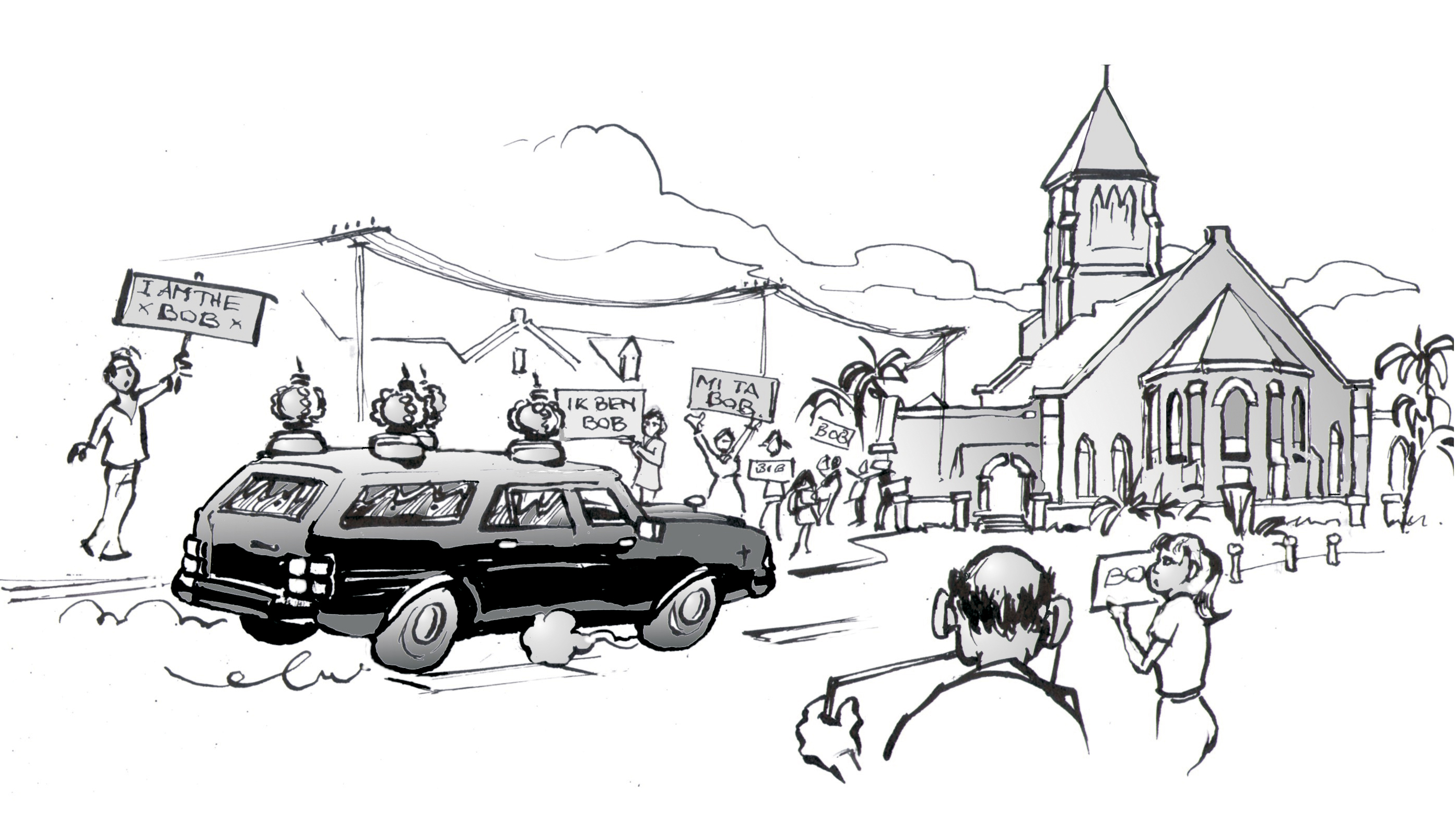 Early January, late at night. I am startled by a WhatsApp message from my daughter. Close to her place it is full of emergency services with blue alarming sirens.

Moments later, my eldest son reports: there is a car upside down in the water. Driven by an impulse, I check when my other children have been online for the last time. Only my youngest son has not reported for a while. I shudder …

Luckily, he reports half an hour later with the prophetic words: ‘That is no good’.

Because indeed, it is no good. Later that night we get the sad news that the driver, an 18-year-old friend of my son, didn’t make it.

Everybody in my village is mourning and there is meeting after meeting to make the grief a shared sadness.
My youngest son, a tough guy who doesn’t show he has hard times too, is everywhere, talks to everyone and supports his friends like a rock.

Until the condolence ceremony. The coffin is on a podium of the central pub in the village. My son stands bewildered next to it. The coffin is closed, but his deceased friend is so close by that it really impresses him. ‘He’s in there’, he says with disbelief. And he kneels to write something on the coffin with a marker, a personal message in a gabber language I do not understand.

What I do understand is that it touches him deeply. ‘He won’t wake up tomorrow,’ he smiles, concealing his uneasiness. And suddenly he hangs defenselessly against my chest. I’m overwhelmed by the memory of the little baby he once was and think about all the diapers I changed. The only difference now is that I have to take care of his spiritual well-being. And I desperately seek for words to make the phenomenon of mortality understandable and acceptable for a child of his age.

I failed at that moment, but I realized that it doesn’t matter how old they are: your children remain your children. And you have to take care of them. Forever…