Curaçao is working steadfastly on the implementation of its National Export Strategy. The newest milestone in that mission is the launching of Curaçao Export Council (CEC), that will advise the government and the private sector on the further development of the islands’ export strategy. The Council’s inauguration took place recently at the Ministry of Economic Development (MEO) by the Minister of Economic Development, Dr. Steven Martina. 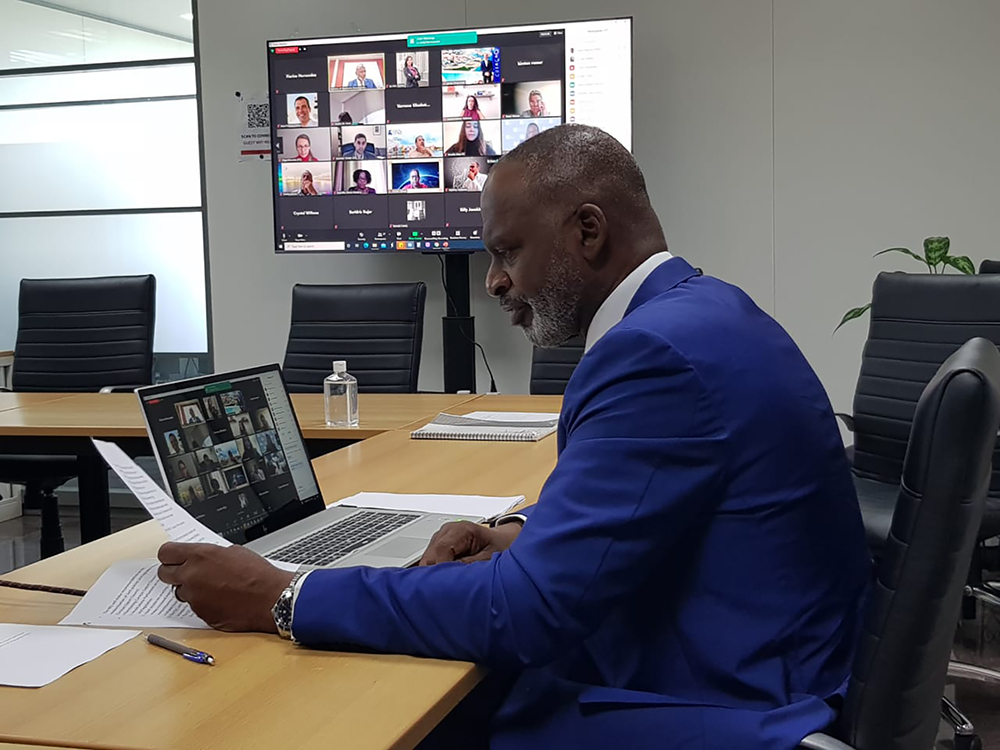 The CEC is an independent body composed of representatives of the public and the private sector, including labor and employer unions. The Export Council acts as an advisor to the government and the private sector on a permanent and regular basis. It deals with the further development of the National Export Strategy and eliminates hurdles that hamper the ease of doing business. The Council gives recommendations to the government about how to improve the competitiveness and investment climate in Curaçao.

The Division of Foreign Economic Cooperation of the MEO, directed by Mrs. Vanessa Toré, is in charge of implementing the National Export Strategy (NES). The Council is an essential element of that strategy. Developing this strategy on a national level is a critical project for the island. The challenges caused by the coronavirus outbreak have magnified the islands’ existing weaknesses. The NES will help to tackle these weaknesses head-on and outline a path for a diversified and resilient Curaçao.

The success of this far-reaching strategy depends on its acceptance and support within the islands’ community. The CEC has an important role in creating that support base. It acts as an independent council that supports the NES implementation and provides the leadership and coordination necessary to implement the strategy. The Council is an influential advisor of the government on matters relating to trade and competitiveness and has several critical roles, such as:

1. Coordination of the implementation of the NES by the government, private sector organizations, and other partners;

2. Identification and recommendation on the use of the equired resources;

3. It recommends government policies that support the implementation of the NES;

4. Monitoring the performance to ensure the realization of targets and corrective action where necessary;

5. Revision and updating the NES so that it continues to respond to the business community’s needs and long-term interests.

For effective implementation, the CEC must secure broad and deep political support. Such support incentivizes collaboration and ensures continuation. Therefore the CEC must be set up formally with the proper legislation. This provides stability, independence, and autonomy. Formalization of the CEC includes giving it an official mandate to coordinate, monitor, and mobilize resources across governmental institutions and agencies and private sector institutions.

The CEC consists of an equal number of representatives of the public and private sectors and civil society. It brings together all those decision-makers who influence international trade and competitiveness. The Council is co-chaired by the Minister of Economic Development and a rotating elected representative of the private sector. It meets regularly and reports to the Cabinet of Ministers twice a year.

The CEC can set-up ad hoc task forces or specialized subcommittees to assist it in its work. A secretariat will support its activities, such as preparing its meetings and agenda, following up on its resolutions, and developing work plans for their achievement. The secretariat also takes care of proposals, budgets, and plans of action to implement NES activities. It further helps with the monitoring and evaluation tasks of the CEC.

During the Export Council’s launching, its members and the Minister were present with a significant Public and Private sector representation. The Minister of Economic Development, as Chair, explained the functioning of the Council while the team at ITC and team leaders of the sector teams gave an update of the process to set up the Council.