Aruba) Facts and Figures of the Fourth Quarter 2017 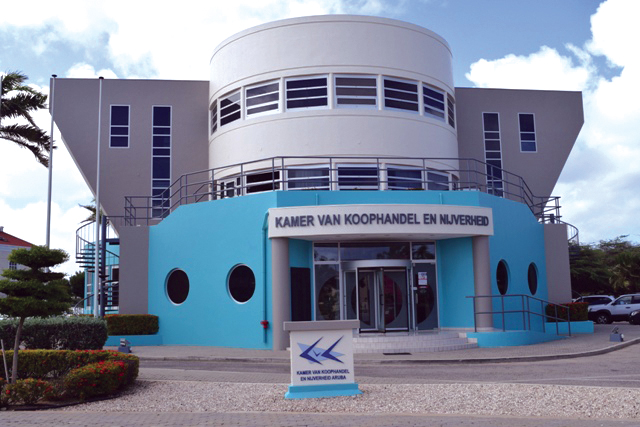 The last quarter of 2017 brought a positive development in regard to the registrations of new entities and the number of terminated businesses remained similar to the total of the fourth quarter of the previous year. The Aruba Chamber of Commerce and Industry (ACOC) has collected the information of registrations during Q4 2017, including the results of the research to point out the most frequent circumstances that lead to the termination of a business.

Surveys conducted by the Central Bank of Aruba indicate that the purchasing power seems to have weakened and the number of investments are limited. Nevertheless, the total of registrations in 2017 increased compared to 2016 and there were fewer cancellations recorded. Moreover, Aruba still has tourism as its main economic pillar. The developments regarding the refinery, however, have yet to level up in order to contribute significantly to the economy of Aruba.

Business Sectors and Districts
During the fourth quarter of 2017 the development of the business sectors remained consistent with the figures of Q3 2017. Retail stores, Services, and the Hotel & Catering industry persisted in being the principal sectors for new business endeavors. Businesses related to real estate proved to be a bit more popular compared to companies in the construction sector. During the third quarter of 2017 both of these sectors were pretty close in numbers. Commercial development in San Nicolas is very limited. There is no significant growth of new businesses and the fact that the refinery is not in operation (yet) might exert influence on the current situation. The refinery is considered to be an incentive that will trigger the establishment of businesses in San Nicolas. However, the number of businesses show that San Nicolas remains unattractive and more creative and innovative incentives are required in order to make it flourish. Oranjestad had a total of 143 new registrations and Noord followed with 81 new registered entities during Q4 2017. San Nicolas counted for 18 new registrations and this number is much lower compared to other districts, like Savaneta with 32, Santa Cruz with 29, and Paradera with 27 new business registrations.

Reasons for Cancellation
In regard to the economic development of Aruba it is important to understand why companies cease to exist. The Chamber collected data from the entities that have reported their cancellation and inquired about their motivation behind the decision to terminate their business.The results of this research showed that there are some interesting motives for cancelling a business. Thirty percent of the companies indicated that their annulment was due to lack of commercial activities. According to them the sales were not sufficient and the general public was not interested enough in their business. The second most common reason for cancelling, supported by almost eighteen percent of the respondents, does not per se mean the termination of the business. This group just changed their type of entity. In order to change from one entity to another, the previous entity needs to be terminated before a new one can be created. Depending on the success of their business many entrepreneurs reach a point where they might consider a different type of legal form that is more beneficial to them and their business. The Chamber continuously provides information and tries to make starting entrepreneurs aware of the possibilities and consequences regarding whichever type of entity they favor. It is not a simple decision and the choice has to be thought through. Further down the list of motives to cancel their registration almost sixteen percent of the respondents indicate that the high costs of doing business is the reason why they closed their business. This motivation is immediately followed by lack of financing with thirteen percent. The commerce of Aruba is going through a phase in which innovation and creativity are key to the survival of businesses. Due to technological developments and consumer behavior, it is not easy to operate a business the way it has been done for decades. The Chamber intends to keep this research on cancellations ongoing in order to monitor developments and collect data. The collected information will be used by the Chamber to develop workshops and other tools with the intention to stimulate and support the commerce and economy of Aruba.