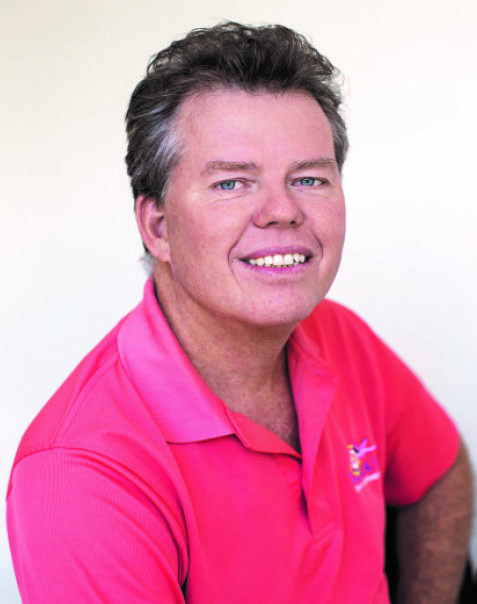 Bonaire might be on its way to a blue destination. Tourist Corporation Bonaire (TCB), headed by director Maurice Adriaens and the new stakeholders’ platform are doing everything they can to stay on course of the Strategic Tourism Master Plan (STMP) that was issued last year. But to become this blue destination and stick to the plan is far from easy in Bonairean reality.

The Strategic Tourism Master Plan
Last year (2017) director Adriaens could finally welcome the Strategic Tourism Master Plan. Through the years, ‘the making of’ already had cost several of his predecessors their contracts and stakeholders had been demanding a plan for over at least seven years. In other words: the stakes were mounted up quite high. As was to be expected, the researchers from the Floridian University, responsible for the plan, concluded that it was time for drastic changes:
Bonairean residents should profit and benefit more from the opportunities and economic welfare tourism could bring the island and the tourism industry could and should do a better job. ‘Contributing to the economic wellbeing of the majority rather than the select few’, they stated in their report. Bonaire was to become the Caribbean’s first blue destination.

This would generate money, create jobs, and combine both the preservation of Bonaire’s natural resources and sustainable economic development. Being blue would make Bonaire: ‘a high-end boutique destination that is founded on a fusion between nature and people’ accomplished by giving restricted access and keeping the tourist density low ‘while achieving societal goals of increased opportunities and quality of life’ (STMP 2017-2027). The masterplan described five strategies which included a strong and professional TCB, a strong hotel performance and human capital, an increased tourism demand, an increased airlift, and last but not least the governing of the cruise tourism flows. In order to get to this blue destination and overcome all challenges that lay ahead the plan required a capital of $ 150 million and promised in return 2,400 extra jobs, 600 new four star hotel rooms, 60,000 extra arrivals (in ten years) and a 45% stake in Bonaire’s economy by 2021 instead of the current tourism share of 20%. Everybody was optimistic and willing to cooperate, thus, a new tourism platform was commissioned. The tourism industry would become the future engine of Bonaire’s economy. Even the local government seemed to be pleased and sent director Adriaens a carefully formulated yet positive response. But then…

Challenges and Victories
At the beginning of 2018 reality came kicking in. Due to a wave of austerity measures, TCB lost 30% of its former budget and went from $ 2.1 to $ 1.4 million, while they actually needed nine million extra to be able to execute the plan. As a result the challenges multiplied and were not as easy to overcome as the authors of the plan had predicted. Nevertheless, this year is just an exception according to TCB’s director. Even though the tourist agency suffered twice as much, since the other state-owned companies within the Bonairean holding only got a 15% cut, and TCB didn’t receive any explanation or motivation, Maurice Adriaens still firmly believes in the masterplan and its successful execution. Of course he had to suddenly downsize, adjust and postpone plans, actions, events and expectations this year, but he, his team of ten people, and his platform of preselected stakeholders are convinced they will manage no matter how great the odds.

One of the reasons to keep on believing and stick to the STMP is that it is not all bad news and hardships. For example, American Airlines just started flying to Bonaire in June and already decided to increase its flights to Bonaire from one to four times a week from December on. The number of stay-over tourists is rising as well. Since last year at least three hotels or resorts have been build or expanded their accommodation. Moreover, the Zuidpier (southern pier) is being renewed, which means an exponential growth of the cruise tourism to a maximum of 505.000 visitors a year will be possible. This year already counts for a total number of 470.000 cruise tourists. And although not everybody seems to be equally happy with this cruise prospectus, it is necessary according to the director, and part of the plan of becoming the Caribbean’s first blue destination. ‘A blue destination means there is a perfect balance between the economy and economic development on the one hand and the preservation of Bonaire’s rich and beautiful nature on the other. The plan proves they can naturally coincide, support one another and flourish. But the past years economic development was paying the price of the growing weight of preservation.’ The way the preservation of Bonaire’s nature was being executed, in his opinion, was preventing if not blocking economic growth and basically pulling the island down.

Actions and Measures to become blue
Although his budget has been cut severely, this doesn’t really seem to affect TCB’s or the director’s optimism nor his belief in the STMP. Together with his team and stakeholders’ platform, which consist of representatives of BONHATA (Bonaire Hotel and Tourism Association), STINAPA (Bonaire National Parks Foundation), the Chamber of Commerce Bonaire and TCB, he has regular meetings with ROA (The Council of Education and Labor market) to improve the education, the image of jobs in the tourism sector, and the level and quality of service of the youngsters who will be working in the tourism industry in the near future. This has already resulted in a positive change in attitude. According to Maurice Adriaens, students are more active, more involved, and definitely more resourceful than they used to be.

Acknowledging the fact that in order to become a blue destination you’ll need to involve the Bonairean people and make them a part of the ‘going blue’ concept, a recent press release announced the information and marketing campaign ‘What is blue to you?’ All the meetings, programs, events and promotional campaigns TCB and its stakeholders managed to organize will culminate during the International Sailing Regatta in October 2018, when Bonaire will officially declare itself a blue destination. A measure that is yet to be decided upon, as the director points out, is the head tax per cruise tourist. ‘Aruba and Curacao are collecting eight dollars per tourist, Bonaire only two. The direct revenue on the cruise tourism could therefore easily be doubled or even tripled and Bonaire would still be the cheapest among the neighboring islands’, he explains.

However, as important optimism and faith are, we’ll know for sure if going blue was the real answer and solution for Bonaire in two to five years or even more. After a very challenging year and somewhat stormy weather for the STMP, it is just too early to tell.