The sector is recovering but restaurants must stay open!

The COVID-19 crisis had a serious impact on Curaçao’s restaurant sector. Its most severe effect was on the employment in this sector. This was reduced by 70%, causing a dramatic blow on the local labor force. A survey that the Curaçao Restaurant Association (CRA) conducted among its members in February 2021 shed light on this development. One year after the announcement of the Pandemic this sector is now recovering slowly but surely. 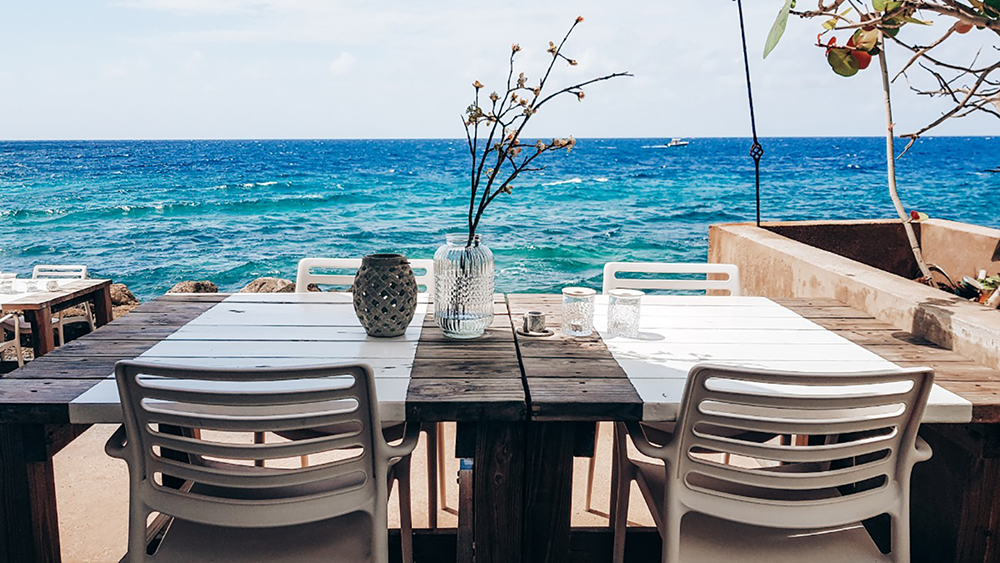 Egon Sybrandy, President of the a ssociation of restaurant owners in Curaçao

Egon Sybrandy, Board President of the association, gives an overview of the results of the COVID-19 crisis. The CRA sector includes various restaurants and 15 beach clubs established on the island. The effect of the health crisis on the tourism sector was brutal. Still, it surprised Sybrandy that the sales numbers trend did not follow the same path as the deterioration in employment in the sector. The CRA survey showed that its members currently work with only 30% of the employees compared to the same period in 2019.

Assessing the sales development in 2020, one can see the following shifts. The first quarter was profitable and comparable to the year before. The lockdown hit the second quarter, and the sales plummeted to zero. Some members tried to introduce take-out services, but this did not really provide the necessary results.

The third quarter started to pick up when most lockdown measures were lifted or eased, and the ban on certain air flights was canceled. But then things took a different turn when the second wave of the health crisis kicked in, and the measures were re-introduced. For most restaurants, the final months of 2020 were really dramatic. A remarkable point is that while the sales trend showed an increase in the third quarter, this did not reflect in the employment numbers, that continued to decline. Sybrandy thinks that most CRA members canceled their on-call workers and did not renew contracts with other staff members, explaining the serious effect of the health crisis on employment. Even when sales started to pick up in September 2020, the restaurant owners did not want to take the risk of employing new people due to the pandemic uncertainties.

With the reduction of the health measures on January 11 of this year, the restaurants immediately started to see a difference. They were allowed to stay open later and to serve alcohol again. Although the results are still far below the same period in the previous year, it is still a lot better than in December 2020. “What we see is that local customers have become the main part of our clientele. It seems that they were also glad to be able to go out and have a nice dinner at one of the local restaurants,” says Sybrandy. He thinks that the situation is more difficult for restaurants and clubs that depend only on tourists. Still, those that have a mixed client base have better perspectives.

So, what happened to all the workers that were laid off or had their contracts discontinued?
Sybrandy thinks that those that were working with an internship agreement returned to the Netherlands. It isn’t easy to estimate what happened to the rest. The companies received salary support for the workers who remained in service. But the on-call workers and those that had a temporary contract are now unemployed.

As the representing organization of the local restaurant sector, the CRA is eager to keep the businesses open. The association has therefore developed a good working relationship with the government. Together the CRA and the government established several COVID-free protocols for the sector. The members are well aware of these requirements and the association continuously keeps them up to date with the new developments.

Sybrandy explains that there were some incidents where clubs wanted to stay open even after the official opening hours or allowed larger crowds than were permitted to try to recover some of last year’s losses. The restaurant owners however understand that they should not push it because a new lockdown will be detrimental for them as a company and for Curaçao’s economy. The companies understand the need for the imposed measures and have agreed to make use of crowd managers and social distancing.

The CRA would like to have a special travel relation with the Netherlands to ensure and maintain easy travel arrangements within the Kingdom.

Sybrandy applauds the efforts of the government to come with solutions for the local economy, such as the  Athome in Curaçao project that it has introduced to attract Digital Nomads. It is still to be seen if this will draw many visitors to the island. If that is the case, these long-stay visitors will be an interesting group for the restaurants.

The CRA sector has started to pick up back within the new normal. Sybrandy explains, “The restaurants had a difficult time. I have much respect for them. Most have survived until now. A few had to close down, but the number was less than expected. In July 2020, 50% indicated that they would not be able to make it. Still, most did”. CRA’s Board president is positive about the future, although he explains “we’re not there yet.” Besides the fact that the members can only use 50% of their capacity, there will be issues with people who will try to postpone payments, etc.

In a statement, the CRA recently expressed its concern for new measures that the Government is considering due to the new surge in COVID contaminations. In that sense, Sybrandy is glad that the association has a good communication line with the Minister of Economic Development.

The restaurants are now allowed to have an occupation rate of 50% of their maximum capacity. With an increase in economic activity, this may give the impression that the restaurants are again full. However, it is important to remember that this is still half the amount they would like to have. According to Sybrandy, a new lockdown or alcohol ban would be the final blow for the sector.

Curaçao Restaurant Association
CRA’s mission is to represent, promote and educate its members to improve the restaurant and foodservice industry in Curaçao. It represents its members as a unified voice of the industry to the government and helps them prosper in their businesses. By doing so, the CRA wants to create a united and healthy hospitality industry in Curaçao with international standards. CRA, therefore, promotes, among other things, the development of a skilled workforce. It offers short professional development courses to improve the industry and maintain a close relationship with the Hospitality Standards Institute and industry training providers.