Help, the Healthcare System on Curaçao is Sick

As health authorities register 100+ new Covid19-cases per day in the last weeks of November and the CMC-hospital faces an unprecedented outbreak within its walls, entrepreneurs await what’s to come. I regularly receive them on my doorstep or in my Whatsapp. 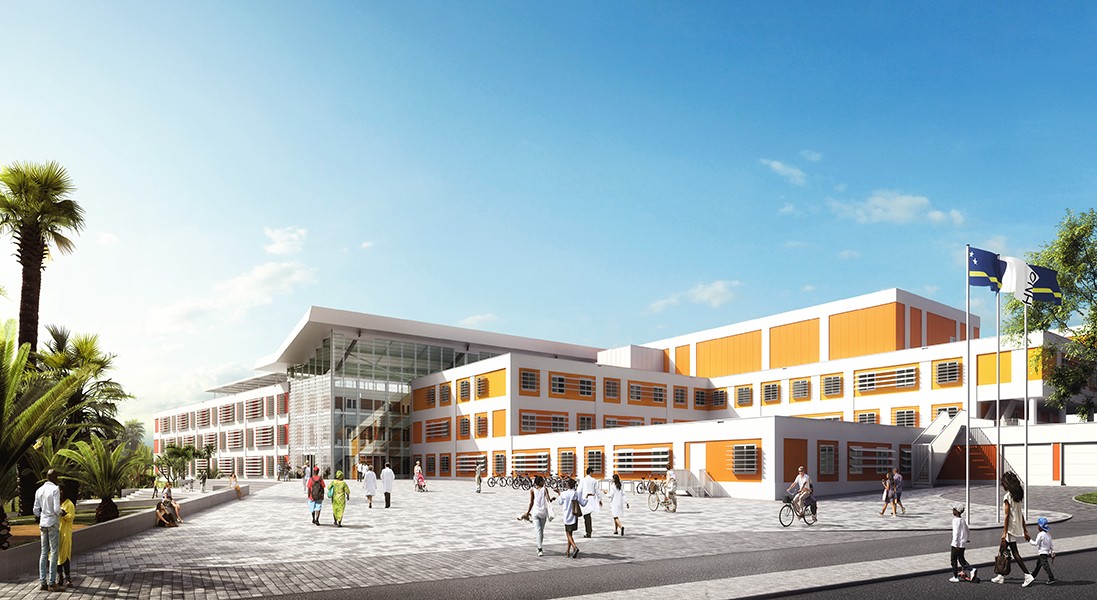 Especially about the NOW scheme, but also about the even slower government-bureaucracy now that the focus is mainly on Corona. Especially the uncertainty about when the situation normalizes. As ever. Many small entrepreneurs are shifting their business from retail to individual customers. With the internet as a boost.

I treat a special group of entrepreneurs here: the GPs. They play a crucial role in the detection and treatment of corona patients in primary healthcare. The CMC, our new hospital, as a representative of the second-line care, is step two for some of the corona patients. Both sectors show their vulnerability in times of crisis. And neither of them want that. Both become uncontrollably on the defensive when their performance is criticized. That is a shame, because there is so much to learn from that criticism.

Curaçao has 87 general practitioners who are members of the CHV, the Curaçao General Practitioners Association. They make up about 90 percent of the family doctors on the island. The group is very willing to tackle the problems in healthcare for which they are responsible. But the group, apart from a single individual practice, could not punch its way out of a wet paper bag. That even costs victims, according to professionals in secondary care.

Last week I wrote about this in the Dutch newspaper Trouw. Much of what I was told during my research had to be kept secret. The so often cited transparency, especially the CMC, is a farce. After the departure of Inspector Huurman, we no longer hear about the problems in healthcare. Did they suddenly stop when the maligned, but transparent inspector, had to leave the field after the medical lobby had strongly urged the minister to do so?

After the publication of my article, the accusations rolled down the street towards me. The CMC, which has diagnosed Covid infections in almost all departments, called out to anyone who wanted to hear that the journalist was wrong. Who had said all the departments? That wasn’t true: it was almost all departments. The general practitioners association met urgently, because the article had reported that doctors in Costa Rica with a five-year basic medical training could just become a general practitioner in Curaçao. This would suggest that there are unqualified general practitioners in Curaçao and that image must be prevented. They want rectification.

While the difference in level of education among GPs is one of the core problems of primary healthcare: Spanish-speaking medical practitioners without a five year basic medical education must compete against mainly Dutch GP’s who studied six years basic medical health and specialized three years as a GP. The group of GPs – as a result – does not provide uniform care. Apparently the influence of the medical lobbyists is so great that politicians still do not dare to implement the national ordinance BIG. This was already adopted in 2009 by the Antillean States, but is awaiting the implementation regulations. You can guess why. The introduction can mean the final blow for the general practitioners without a general practitioner training. Thirty percent of GPs over the age of 65, as well. However, primary healthcare has much bigger problems in Curaçao. There is still no Electronic Patient File and the ICT available does not communicate with the secondary line, with the hospital. The doctor there has to rely on the information that the doctor gives the patient on paper, often in Spanish. A lot of medical professionals warn me: the patient is at risk.

Then there is preventive and curative chronic care, such as diabetes, hypertension, and cardiovascular disease. The insurer is particularly obstructive in these areas. GPs may have a maximum of 2500 SVB patients in their database and receive 15 guilders per month per patient for this. Regardless of how often that patient visits the waiting room. SVB is even planning to cut this amount, because the care in the CMC is so expensive that it seems to become unaffordable. And the Practice Supporter, which is so common in the Netherlands, who can play an important – cost-saving – role in the prevention of chronic diseases, must be paid from the same 15 guilders. An important part of employment as well, which will not get off the ground as a result, except for a few GP practices.

Most of the patients in Curaçao no longer trust that GP – something that I should never have written in the newspaper, according to the doctors. As a result of the problems in primary healthcare, the patient secretly goes around the doctor and reports to the Emergency Department.

Three quarters of the patients who get a punch picture there are self-referrals and have not seen a family doctor. It makes sense for the CMC to complain, especially in this Covid era, but addressing this issue requires addressing the issues I outlined above. Instead of bashing the journalist so you keep the dirty laundry in. We saw this already in the first instance when the Inspectorate started to work really transparently and one scandal after another came out.

The healthcare system in Curaçao is sick and there is no trained doctor in the room, yet.