The Central Bank of Aruba Regulator and Innovator

More and more entrepreneurs - from multinationals to SMEs - and the self-employed are noticing the sometimes disastrous consequences of the corona virus and (especially) the measures taken by the government to contain the virus. Fortunately, countless initiatives have been launched to alleviate the suffering and to help each other - as entrepreneurs and citizens. We list the most striking actions and regularly supplement the list with new initiatives. 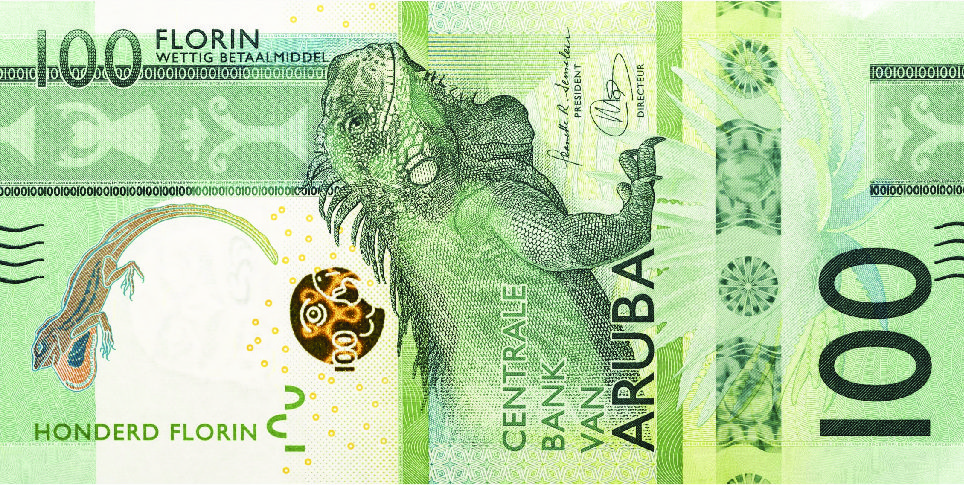 However, over the past decade, the CBA has taken on several new tasks in fostering financial stability and integrity, as well as economic resiliency, according to Executive Director Prakash Mungra and Division Manager Economic Policy & Financial Stability Ryan Peterson.

The CBA maintains a sharp eye on the pulse of the Aruban economy and the soundness and integrity of the financial sector. Policy recommendations are provided regularly to the Minister of Financial and Economic affairs on matters of foreign exchange reserve adequacy, financial stability, fiscal sustainability, in addition to labor market productivity, economic diversification, and innovation.

In recent years, CBA has demonstrated increased agility in addressing many of the 21st century challenges of small open economies. Modernizing the Aruban florin and the national payment system has been one of the most important innovations
led by the CBA. On June 3rd, the CBA introduced the new 2019 series of florin banknotes. The new banknotes series, with beautiful images of the flora, fauna, and cultural heritage with the theme Life on Aruba’, replaced the outdated banknotes from 2003. More importantly, the new florin banknotes include the most modern security features and have recently

been nominated for an international award. Specifically, the new 100 florin banknote was nominated for the Banknote of 2019 Award by the International Bank Note Society. One of the many security enhancements in the new banknote is a three-dimensional feature, the so-called “surface stripe”. In addition, the series have a number of security features for the visually impaired, as well as various elements, that are not visible to the naked eye.’

Currently, an estimated eighty percent of the old banknotes have already been exchanged for new ones. ‘It was essential to replace the 2003 banknotes in a swift and secure manner,’ Executive Director Prakash Mungra says.  Ryan Peterson is not surprised that the transition is moving along smoothly. ‘The Arubans are proud of their identity and florin. That is why they immediately embraced the new banknotes, which simplifies the exchange process considerably.’

More importantly, the CBA is currently in the process of introducing a new national payments platform in close collaboration with the commercial banks, this platform will enable the modernization of digital payments, which is of paramount importance. An Instant Payment System will be operational early next year to effect payments between companies and from banks to companies within seconds. ‘An efficient and secure payment system will boost the economy’ Peterson concludes.

The CBA is an efficient and forward-looking institution,’ adds Mungra with pride. Mr. Mungra, who studied economics and accounting at the University of Amsterdam, has been employed by the CBA for twenty-six years now. He is a member of the Executive Committee since 2010. Ryan Peterson is also a heavyweight. The island economist, trained at Tilburg University in economics and governance, was professor in the Netherlands and Spain, before returning to Aruba in 2004. He joined the CBA in 2015 as the Division Manager Economic Policy and Financial Stability, and oversees monetary and macroeconomic statistics, research, and policy affairs.

‘The economy is doing reasonably well’, he says cautiously. ‘Tourism is stable and 2018 was a good year, despite the loss of many Venezuelan tourists. But since the Lago refinery closed down in 2012, tourism is basically the one and only sector that runs the economy. This tourism dependency makes the Aruban economy vulnerable to external shocks. Therefore, increasing economic resilience is fundamental to the financial and economic stability, and therewith, the economic well-being of our island’.

The fact that tourism in Aruba outpaced the growth in other Caribbean tourism destinations may also be due to the devastating impact of hurricanes in recent years in the Caribbean region, according to Mungra. Because Aruba is located on the Southern peripheral of hurricane belt, it is a relatively safe destination for international tourists. Thanks to the thriving tourism sector and the resulting foreign exchange earnings, Aruba has remained economically stable over the years. Yet, public finances remain one of the greatest challenges moving forward.

Furthermore, economic diversification is urgently needed. How can we increase our exports and achieve diversification of sources of foreign exchange income? How should we mitigate our import dependency with substitute (renewable) energy and (domestic) food production? How to reinvigorate labor productivity to sustain economic growth? These are important questions that we regularly discuss with government and the business community,’ said Peterson.

As the regulatory and supervisory authority, the CBA also supervises the financial sector, which has remained very stable, solid, and profitable over the years. The high capital and liquidity buffers that commercial banks hold are indicative of the strength of the Aruban financial sector.

Mungra and Peterson are positive about the future. ‘The CBA does an excellent job and has the respect of the government and the business community.
Together we can ensure the high quality of the tourism sector and stimulate equally high quality growth of other (new) industries that will benefit the economy so that we can continue to grow income per capita in an equitable way. We look to the future with enthusiasm and confidence.’